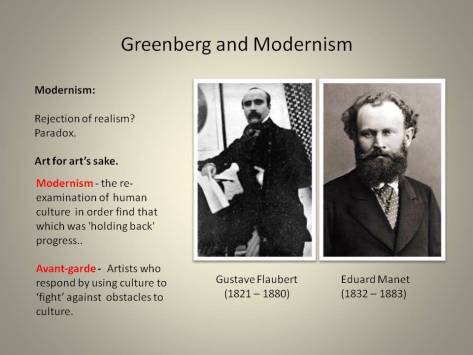 In this concluding part of my review of Guilbaut’s book I will consider the period up to the 1950’s and the contribution  of Abstract protagonists and the main protagonists who defended High Modernism. ” The cultural committee headed by Gottlieb and Rothko dedided to send protest letters whenever required.”.[1].

Rothko and Gottlieb were reacting to the ferocious opposition from Art critics who either didn’t understand Abstract Expressionism or didn’t like the new Painting.Political influences from Marxist traditions were evident.

” In the jockeying for positions that followed the most vocal groups were made up of artists influenced by Trotskyism who either had been part of Meyer Schapiro’s group in 1940″. [2].

Showing their development Guilbaut explains how their political allegiances changed.

Thus in 1943 the rebel artists became in spite of themselves , perhaps the spokesman for the new Liberal America.”[3].

Both Gottlieb and Rothko were determined to show what the philosophy and purpose of the new painting represented. ” Adolph Gottlieb , Mark Rothko and Barnett Newman took advantage of the opportunity to give an authoritative declaration of what the new American Painting ought to be”. [4]. 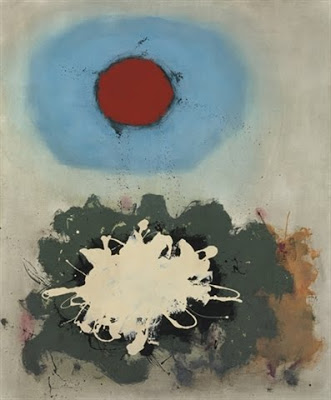 ”  To us art is an adventure into an unknown world, which can be explored only by those willing to take risks. 1) it is our function as artists to make the spectator see the world our way- not his way. 2) We favour the simple expression of the complex thought. we are for the larger shape because it has the impact of the unequivocal . we wish to reassert the picture plane. we are for flat forms because they destroy illusion and reveal truth”.[5].

The surrealists of France were rejected  by Clement Greenberg who would have a very influential role in the new painting. Greenberg rejected Surrealism because he felt that it went against Aestheticism. ” Not only did Greenberg agree with Motherwell , he was even more opposed to experiments of the Surrealists essentially for aesthetic reasons”. [6].

” For Greenberg Modernism was more serious more difficult more austere it was something new”.[7]. 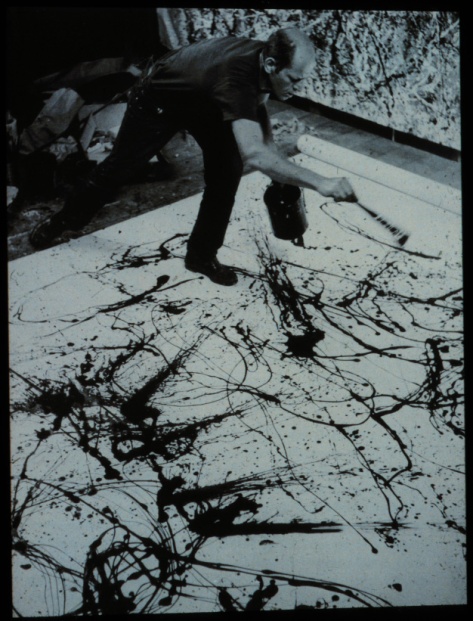 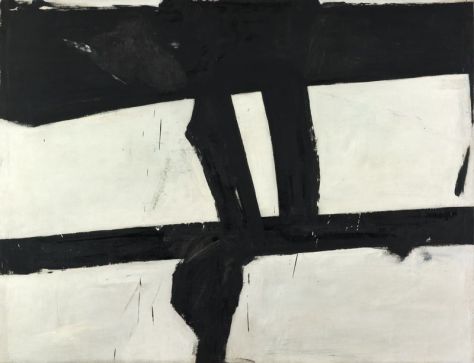 I am now going to consider Jackson Pollock and the comments by Guilbaut and what they represented. ” from the moment of his first show Pollock became a symbol for all those who had formed an idea, still rather imprecise of the New America battling to rescue imperilled culture and the Western World”.[8]. In fact what had been a movement of radical art would now be used as a pillar of American culture and Imperialism in the post war period.

” The new world required a new kind of Radicalism. Macdonald in a 1946 article entitled the “Root is Man” explained why Marxism had failed and suggested instead a kind of of anarchistic individualism”.[9]. Dwight Macdonald an ally of Burnham and Shachtman in the 1939 schism in the Socialist workers Party rejected Marxism and proceeded to embrace Idealism . Leon Trotsky was quick to respond to this un dialectical way of thinking and in a series of article reiterated the Marxist method.

” it is my general impression that the editors of Partisan Review are capable , educated and intelligent people but they have nothing to say. You defend yourselves from the Stalinists like well behaved young ladies whom street rowdies insult”.[10].

” I must say however that the symposium outlined by you is not capable of strengthening these hopes .You  phrase the question oabout Marxism as if you were beginning History from a clean page. You evidently wish to create a small cultural monastery guarding itself from the outside world by Skeptism agnosticism and respectability. Such an endeavour does not open up any kind of perspective”.[11].

Guilbaut shows the negative approach of some of these radical artists to the period they were living in. ” Looking back at the thirties , radical intellectuals saw nothing but a series of disasters , and failures: The Moscow trials, the Spanish Civil war The Hitler-Stalin pact”.[12].

Commenting on the role of these intellectuals who having rejected Marxism now move closer towards cultural Imperialism. ” Dwight Macdonald serves as a standard gainst which we may measure the radical artist. He moved first from conventional Marxism to Trotskyism nd then immediately after the war set aside both Science and Marxism and took up the anarchists cause. Painters such as Rothko and Gottlieb , Pollock and Motherwell members of what has been called ‘ The New York school followed the same course”.[13]. 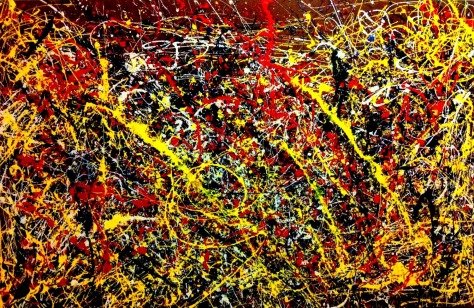 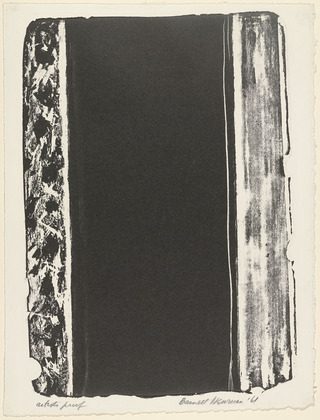 Myth was used by Abstract Expressionists like Rothko and Pollock . Guilbaut shows their important contribution and in a sense a move away from a more Materialist approach to  Idealist perceptions of the World we live in. ” The avant-garde retained traces of political consciousness but devoid of direction. The political content of their art had been emptied out by the use of myth. Pollock, Rothko Gottlieb , Newman -the avant garde painters who talked about art did not reject History”.[14].

” Painters were no longer interested in covering their canvasses with signs linked to the visible world because Rothko said Society always succeeded in twisting the works original meaning”. [15].

Guilbaut now shows the decline of Partisan Review as a serious Marxist journal which now espoused a mishmash of Idealist nonsense. ” Partisan Review which hitherto had served as a barometer of the political climate amongst Radical intellectuals underwent a strange mutation. Marxism gave way to Psychiatry”.[16].

Guilbaut with selective quotes shows the degeneration of Greenberg as a serious Marxist critic into a critic of the Art establishment. His rejection of Marxism was now total . ” Thus it was clear to Greenberg for example that in order to serve High-culture artists must be fiercely anti communists”. [17].  Greenberg had in fact achieved a 360 turn from supposed Trotskyism to embracing American culture and Imperialism. The same could not be said of Meyer Schapiro who remained a Marxist.

” It was in fact during the period 1947-9 that anti- communism struck deep and permanent roots in the soil of American culture”.[18]. 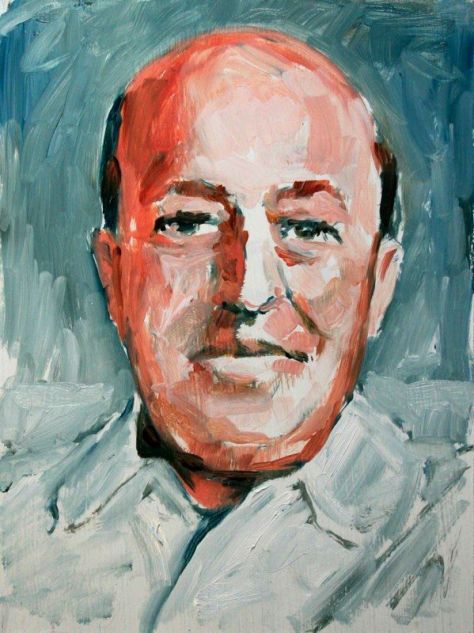 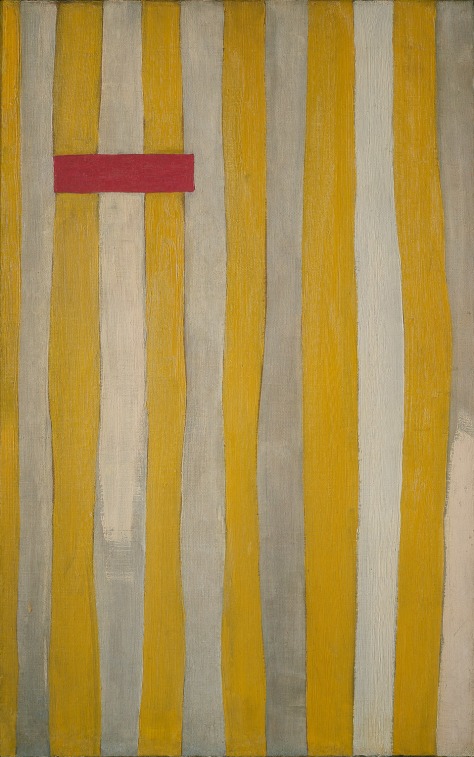 In conclusion Guilbaut draws up a check list of the contributions that the Abstract Expressionists made to Modernism in the USA. ” The artists who concern us here had political roots in the Marxism of the Thirties and their analysis of the new political situation and of their own position in it bore the imprint of the Marxist position”. [19].

Guilbaut continues to describe the act of painting and how at the beginning their Art was Revolutionary in the true sense of the word, but without a world Marxist outlook many of the abstract Expressionists although initially reflecting a Marxist world outlook could not get to grips with the Dialectical core of Marxism and study it as a scientific outlook. This was certainly the case with Macdonald and the Editors of Partisan Review. In the end they would break with Marxism failing to take note of Leon Trotsky’s comments on their cultural heritage.

” The new manner of painting emphased  the individual aspect of creation but at the same time laid bare the process , the mechanics of painting and difficulty not say impossibility of describing the World”. [20].

Describing abstraction Guilbaut perfectly explains the role of abstraction and an important ingredient of Abstract Expressionism. ” In attempting to avoid the dangers discussed above avant-garde art became an art of obliteration , an art of erasure.it was in some respects close to certain forms of surrealism in which the work pretended to tell a story”.[21].

The Art Historian who in my opinion remained a Marxist in cultural terms was Meyer Schapiro and Guilbaut  acknowledges this .” By defending the avant-garde in the terms in 1947 Schapiro was indirectly setting in opposition to its enemies , the right wing , Religion Fascism and Communism (Stalinism)”.[22].

This concludes my survey and Review of abstract Expressionism Serge Guilbaut has attempted to show how in the early Thirties Radical artists strove to create a new Art form. At the beginning artists like Mark Rothko , Barnett Newman , Adolph Gottlieb, Robert Motherwell , Francis Kline and Jackson Pollock were part of this new Art Revolution. Guilbaut has used politics to show that after a promising beginning a number of these artists were drawn to Marxism. That they failed to understand Marxism as a Science meant that they  would soon became drawn to a Subjective idealist method. This was mainly under the influence of the foremost Art Historian of the period Clement Greenberg. Greenberg who in the early thirties used a Marxist sounding technology was never a Marxist . He fashioned and developed Artists like Jackson Pollock and others but after the war Greenberg with a very shallow philosophy embraced American Culture and Imperialism. The one exception was Meyer Schapiro who stood out as an Art Historian who is not recognised in the same way. Many artists like Mark Rothko would embrace a anarchist tradition but nevertheless Abstract Expressionism  would remain for me a Revolutionary Art form which has stood the test of time.